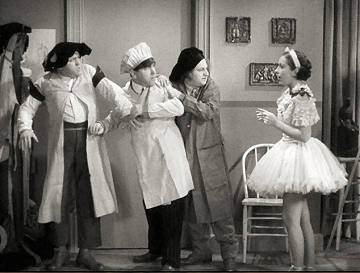 Curly, Moe and Larry with actress Phyllis Crane in Pop Goes The Easel.

Crane signed with Columbia Pictures in 1934. She made 61 films in an eleven-year span. Modern viewers will recognize Crane from her appearances in several early Three Stooges films, such as Men In Black, Three Little Pigskins, Uncivil Warriors, and Pop Goes the Easel.

Perhaps her most famous role was as Professor Nichols’ daughter in Hoi Polloi who Moe Howard tries to romance. While talking to him, she coos that he will find the “eternal spring” (the season). Another favorite character among fans was Anna Conda in Men In Black. 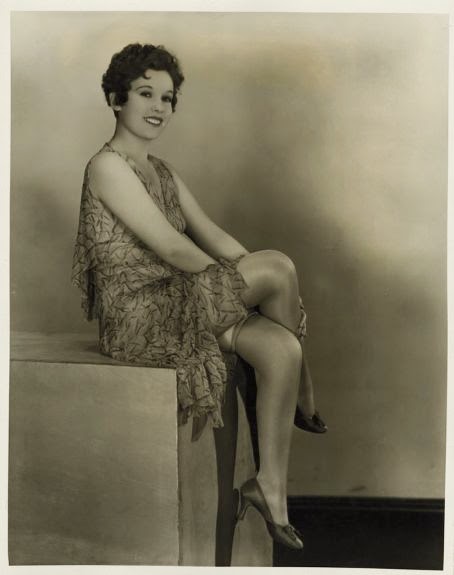