According to The Hollywood Reporter on January 9, 2018

Greta Thyssen, the Danish beauty who doubled for Marilyn Monroe, dated Cary Grant and starred opposite the Three Stooges, has died. She was 90.

Thyssen died Saturday night at her Manhattan apartment after a bout with pneumonia, her daughter, Genevieve Guenther, told The Hollywood Reporter.

Thyssen also starred in several “B” movies, including the horror pic Terror Is a Man (1959), a loose adaptation of H.G. Wells’ The Island of Dr. Moreau. On a mystery island (it was filmed in the Philippines), she played the wife of a scientist (Francis Lederer) “tormented by unsatisfied desire, desperate to escape a loneliness and her fear,” according to the film’s trailer.

Unfortunately, her character has more pressing issues to worry about, namely her husband’s creation — a half-man, half-panther beast.

The movie incorporated a “warning bell” gimmick that would alert moviegoers when a particularly horrific sequence was about to take place so that they could hide their eyes. It would ring a second time when it was safe to look again.

Four of her other best-known performances came in the Joseph Kane noir Accused of Murder(1956); The Beast of Budapest (1958); Three Blondes in His Life (1961), opposite Jock Mahoney; and as an enticing pin-up beauty on Uranus in Journey to the Seventh Planet (1962), shot in her native Denmark.

“She was always cagey about her acting career and its trajectory. My mother was a very clever woman and extremely well read. If she had been born in a different era, I think she could have been a lawyer or professor,” Guenther said.

“I think that she always felt a little bit embarrassed about the movie persona that she adopted as this kind of voluptuous, glamorous Danish pastry with nothing between her head except silk and feathers.”

Born in Hareskovby, Denmark, Thyssen was named Miss Denmark in the early 1950s. She soon left Europe, via Paris, for Hollywood.

With measurements of 39-24-36 or 40-21-35 — depending on which men’s magazine one came across — Thyssen was just right as a body double for Monroe during the filming of the romantic comedy Bus Stop (1956).

She then was seen as the “Pirate Girl” on the first three seasons (1956-58) of the game show Treasure Hunt, created by host Jan Murray.

Thyssen appeared three times opposite Moe Howard, Larry Fine and Joe Besser in Three Stooges shorts. In Quiz Whizz (1958), she knocks out Moe and Larry with a baseball bat but gets her comeuppance with a large cake to the face. 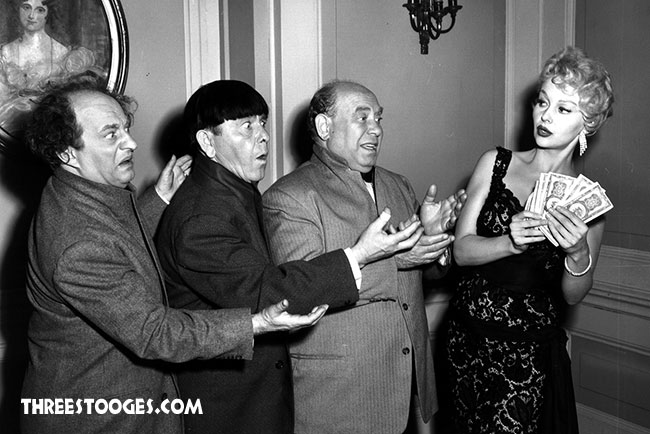 In Pies and Guys (1958), she attempts to teach etiquette to the boys, only for a climactic dinner party to descend into chaos with a cream-pie fight. 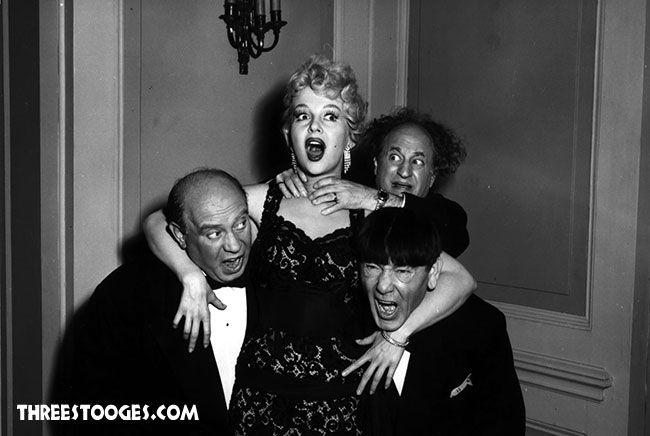 Sappy Bull Fighters (1959) was the trio’s final short film for Columbia Pictures. In it, Thyssen helps the trio land a gig in a Mexican bullring, and not a single pie is thrown. 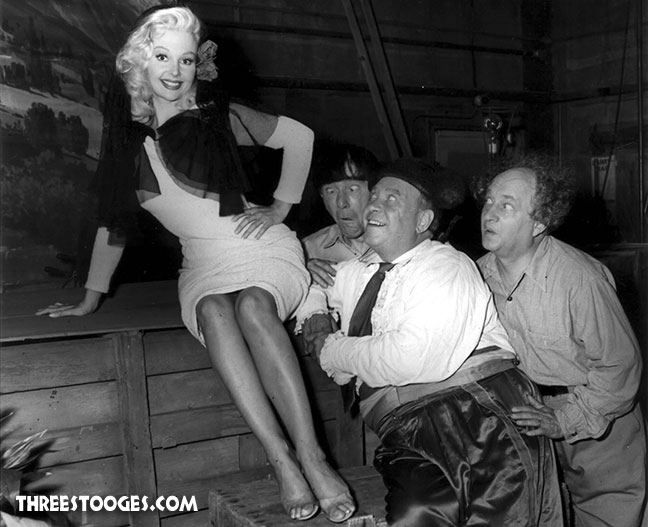 “I didn’t quite understand that those kind of shorts would later be so admired and loved,” she said in a 2010 interview. “I just was offered the job, because [the Stooges] wanted to start again. There was a new producer, and it was a new time. I think the original ones — weren’t they in the thirties?”

Thyssen’s movie career ended in 1967 after she decided to raise a family with her third husband, Theodore Guenther, a mining engineer. He died in 2000.

In retirement, she became as an artist in New York, painting representational nude figures against surrealistic allegory backgrounds, at the Art Students League.

In the early 1960s, Thyssen dated the charismatic Grant while he was experimenting with LSD as a way to find “inner peace.” The drug was a tool of therapists and legal at the time.

“Apparently the romance ended when my mother gave an interview to Cosmopolitan magazine about what it was like to date Cary Grant. He was furious that she had shared that publicly,” Guenther told THR. “All he enjoyed talking about was his experience with LSD. My mother was very straight and narrow; she wasn’t interested in any of the counterculture of the sixties.”

Thyssen also is survived by her son-in-law and grandchild.