“I’m gonna change my socks. What an experience!”
(Curly)

The Three Stooges’ 61st film short, Cactus Makes Perfect opens with The Stooges’ mother (played by male actor Monte Collins) attempting to wake up her three boys without success. “Get out of bed you lazy loafers!” she screams to no avail. Finally, she yanks a rope that leads from the kitchen to the bed where the trio is sleeping soundly. This causes the bed to spin vertically until they are expelled.

Curly receives a letter from the Inventors’ Association, who states that his Gold Collar Button Retriever is “incomprehensible and utterly impractical.” Naturally, Curly misinterprets this as a success, and the trio leave their mother’s home to make their fortune. In transit, they are swindled into buying a map leading to a lost mine in the Old West. After actually finding a lost mine, The Stooges run afoul of two down-on-their-luck prospectors (Vernon Dent, Ernie Adams) after Curly fires an arrow from his Gold Collar Button Retriever. The two then try to rob The Boys out of their dough. Moe and Larry flee to an abandoned hotel where Curly hid the gold in a safe. (“It’s safe in the safe”.) The miners show up, and they all take refuge in the safe room. The miners drill through the door, which Curly attributes to termites, and throw a stick of dynamite in. After a little back and forth, the stick fizzles out. Believing it to be a dud, The Boys burst out laughing and Curly chucks the dynamite, causing it to actually explode. 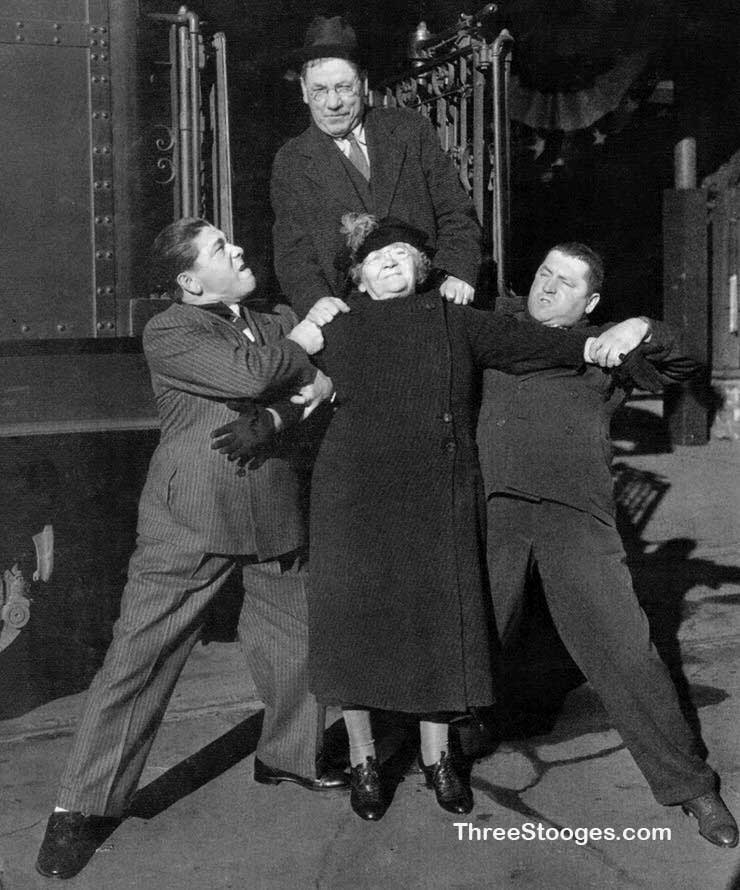 The real Stooge matriarch, Jennie Horwitz, mother of Moe, Shemp, and Curly. She had the sharp business acumen Moe inherited. She spoiled baby Jerome, thereby helping to shape the character we know as Curly.