Your vote determined the end of the story. Your voice was heard. Buy The Three Stooges: Red, White & Stooge Comic Book now to find out who will be the next POTUS!

PREORDER NOW BY CLICKING A CAMPAIGN BUTTON BELOW! 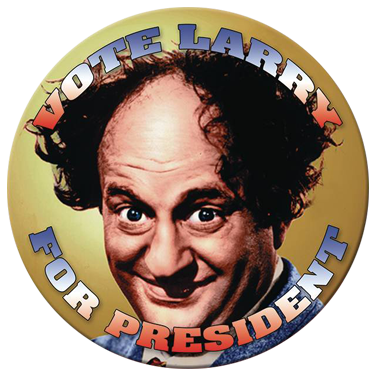 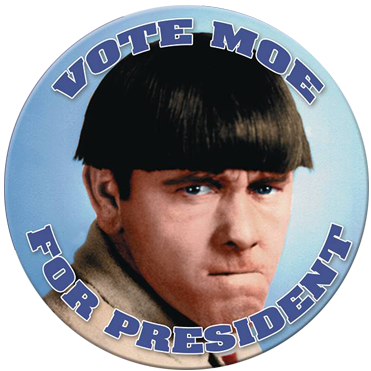 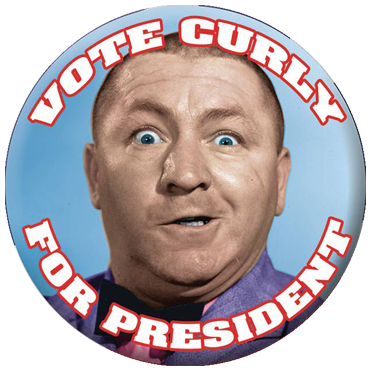 You can also get Curly on Kindle!

Read an excerpt from an interview on PREVIEWSWorld.com with writer S.A. Check by Vince Brusio

Conventional wisdom tells you to never talk about politics, as most people treat their affiliated party like their hometown baseball team. They root for that team no matter what, so why bother trying to change their mind? But what if the politics you’re pushing are those of three knuckleheads that wouldn’t even know how to hold a press conference? Could we find common ground together, and laugh at them instead of fighting among ourselves? Probably. To be certain: definitely! American Mythology shows us that you can always cross the aisle if the politics involve Moe, Larry, and Curly, and with three covers to choose from with Three Stooges: Red White & Stooge #1 (JUN161087), choosing a presidential candidate have never been more hilarious.

PREVIEWSworld:  So tell us about the contest you have going with the multiple covers for Three Stooges: Red White & Stooge #1(JUN161087). Is this issue a one-shot? How are all three “running for President”?

S.A. Check: We’ve decided that the whole democratic process takes way too long and we’ve streamlined it to let the fans choose our next leader, all in one issue! The contest is one of the best parts about the book. We’re coming out with three covers. Each one will showcase one of The Boys – one for Moe, one for Larry, and one for Curly. We figured it was a fun way to get fans and readers involved. Depending on which cover you pre-order either at your local comic shop, you’ll cast your vote to determine which Stooge becomes our next commander-in-chump. Even if you don’t pick up a copy (and shame on you for that), you can join in on social media by shooting @AmericanMytho a tweet with your choice, over on Facebook, or email AM direct. We’re leaving the end of the issue open, so fans will see the results as soon as the book comes out. 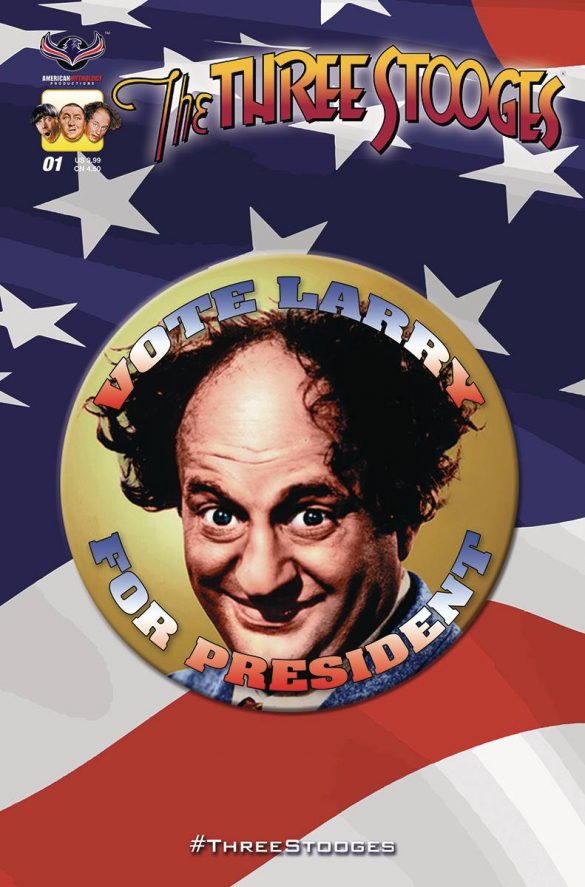 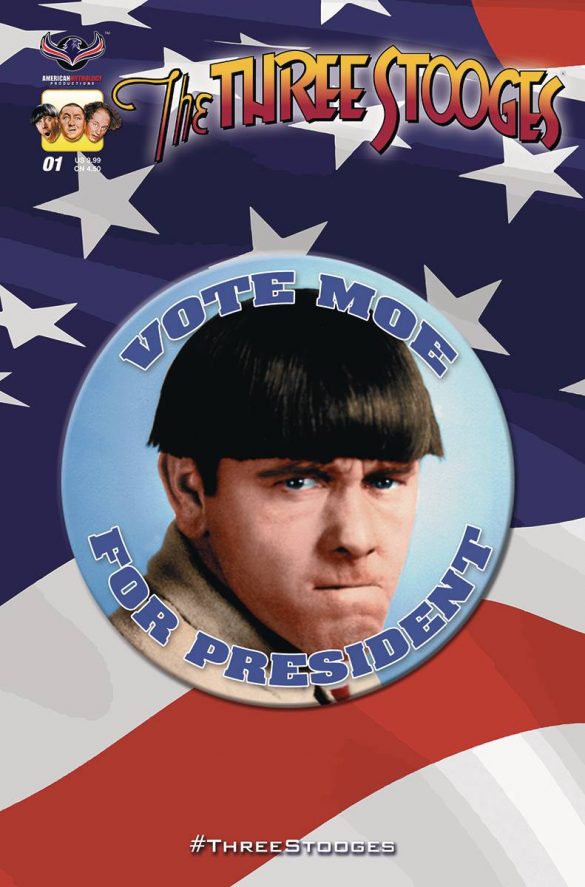 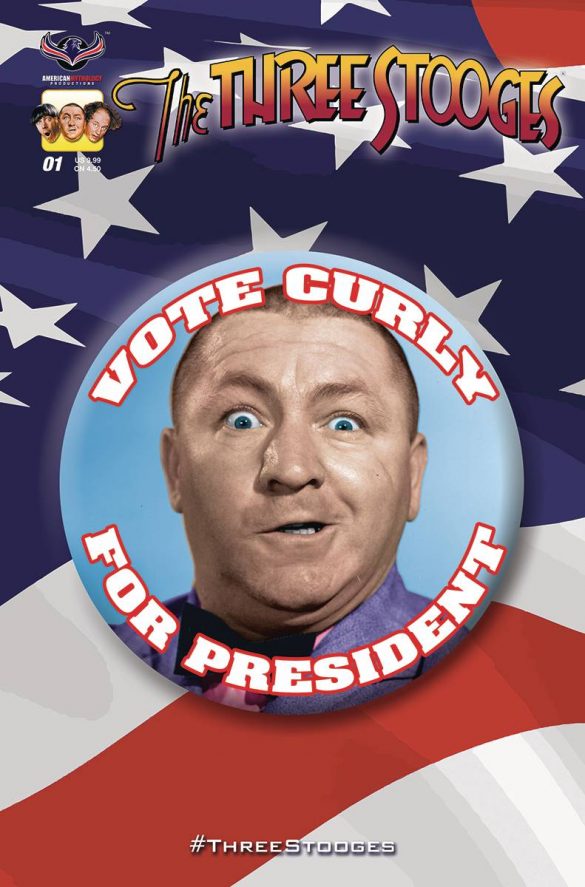