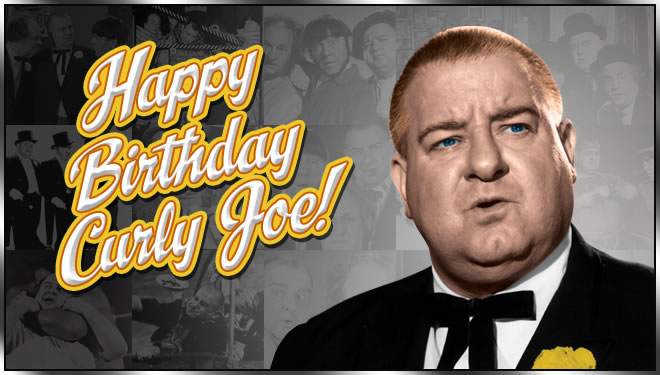 Happy Birthday to Joe DeRita, who joined The Three Stooges in 1958. He was born July 12, 1909, in Philadelphia, Pennsylvania. He began his career in the early 1920’s in burlesque and in 1942 became a headliner in California stage shows. 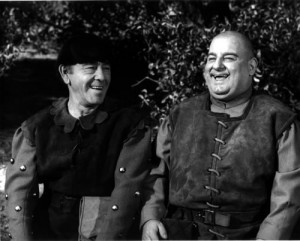 During World War II he travelled and performed extensively with the USO and made many tours to Europe entertaining troops with Bing Crosby. His film career began in 1943 with the Warner Bros. feature Thank Your Lucky Stars. During the 1940’s he appeared in feature films for Warner Bros., MGM, Paramount, Monogram, Republic, and Columbia.

Joe also starred in his own series of solo shorts at Columbia, with many of the same supporting players that worked with The Three Stooges, including Dorothy Granger and Christine McIntyre. Jules White also directed many of his shorts. 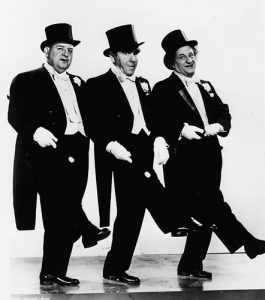 His work in television began in 1952, and he also continued to work the stage as a comedian. In 1958 after Columbia released the initial group of Three Stooges shorts to television their popularity again soared and the request for live appearances poured in. Columbia also began talking to Larry & Moe about coming back to Columbia and making feature films.

They realized the needed a third Stooge as Joe Besser could not travel because of family health concerns. Larry thought DeRita would be perfect, and he became a member of The Three Stooges, and they began touring in 1958. In 1959 they began making a series of feature films for Columbia with Have Rocket, Will Travel released in August 1959. Throughout the 1960’s Joe and The Boys made several more feature films, an animated TV series, continued to tour and made numerous television guest appearances and movie cameos. 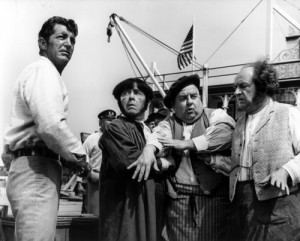 They were working on a TV show, Kook’s Tour, when Larry had his stroke that effectively ended the run of The Three Stooges.

Curly-Joe married Jean DeRita in 1966, and they were married 25 years until his passing on July 3, 1993, in Los Angeles. He was the last Stooge.

Asteroid Larry Is Closest To The Earth on 8/8/16