“I recall that every Christmas my dad played Santa to the children at an organization called the Spastic Children’s Guild. These were young children with spastic paralysis. Moe would go to downtown L.A. and haunt the wholesale houses. These were places owned by fans and people he knew from Brooklyn days. He would ask everyone he contacted to donate toys, clothing you name it.  As payment for the donations, he’d tell a joke and have the donors in Stooge stitches. My dad was always concerned about helping “the underdog.” He would always say how lucky he felt to do what he loved to do and make a living while doing it.” – Joan Howard Maurer 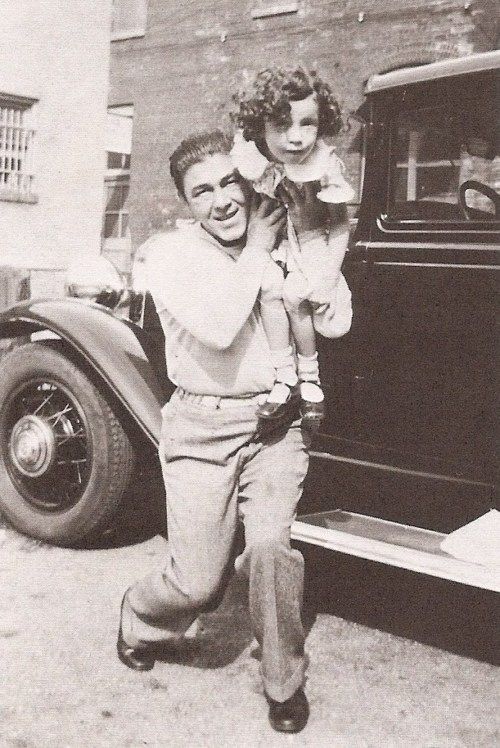 Charity, especially the well-being of children, was always important to The Three Stooges. Their habit of helping, guided Larry, Moe, Curly, Shemp, Joe Besser and Joe DeRita to give throughout their careers. The Three Stooges could always be counted on for an appearance for charity, good causes and visits to hospitals, in particular for children.

In addition to supporting numerous kids’ charities, they would often make appearances unannounced and unpublicized, by themselves wherever they went and whenever they were needed.

The Three Stooges have an inherent appeal to children. From 1958 and into the 1970s, masses of kids raced home after school to watch their short films, woke up early on Saturday for The Three Stooges Animated TV series, and ventured to movie theatres to enjoy their feature films. 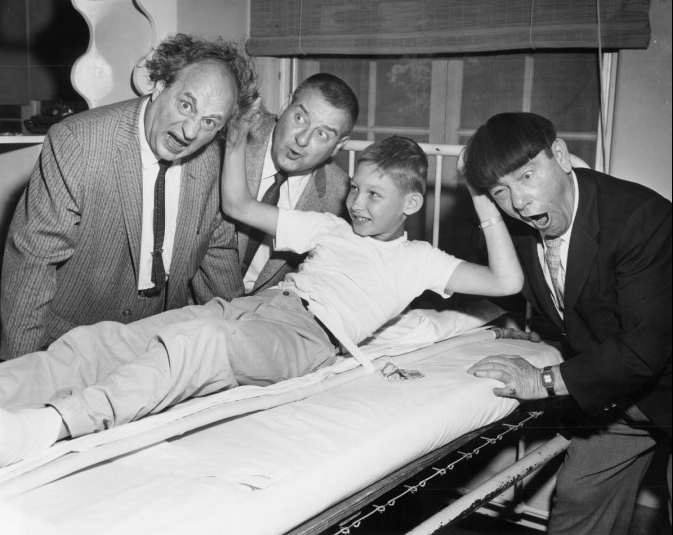 The Twelve Days of Christmas: Curly Calculates The Cost

The NFL Playoffs with The Three Stooges!