The Three Stooges had 20 shorts released in July over the years. Three of these shorts have iconic and significant elements so we are showcasing these three in this month’s Short Takes article; they include  Violent Is The Word For Curly, Punch Drunks and I’ll Never Heil Again.

“Football!” “And basketball!” “I can do very nicely with a highball.”

Short Take: This short is the first where the title has very little bearing on the plot. Most of the titles so far have tied into at least significant plot elements. The paradoxical irony in this short is The Stooges making intellectuals look like stooges and The Stooges pose as intellectuals (college professors) and teach a class. These structural elements alone enhance the comedy.

The opening gas station scene has as much variety as any sequence in The Boys shorts, including how they have trouble with inanimate objects, like Curly’s wrestling match with the hose.

This short has an interesting story line, terrific action like The Boys and Gladys Gale playing a football/basketball hybrid. The dialog, written by Al Giebler & Elwood Ullmanit, gives us many memorable lines including:

The scene in the class at Mildew College with The Boys and coeds signing the song makes for one of the most memorable Three Stooges moments. Music historians attribute the song to 19th-century composer Septimus Winner in 1875 originally titled the ‘Spelling Bee’.

Here’s a Sing-A-Long for Swinging The Alphabet from The Three Stooges Violent is the Word for Curly. 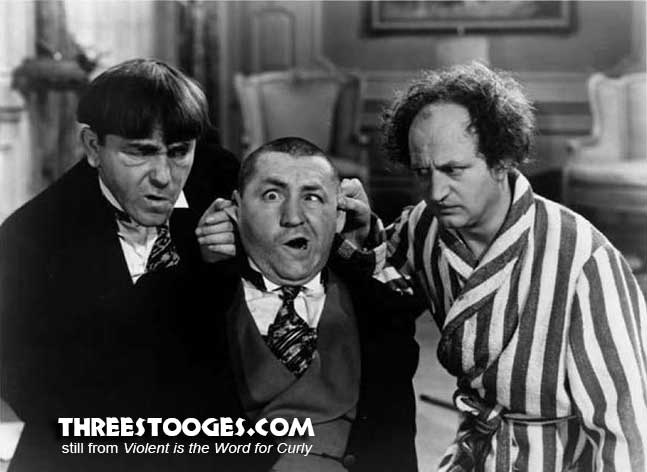 Short Take: This script for Punch Drunks was written by the Stooges, credited as “Jerry Howard, Larry Fine, and Moe Howard.”

Punch Drunks is the only Stooges short to be included in The Library of Congress National Film Registry. In 2002 when the film was added, Librarian of Congress James H. Billington said: “ Taken together, the 350 films in the National Film Registry represent a stunning range of American filmmaking…all deserving recognition, preservation, and access by future generations”.

Another distinctive aspect of the short is that The Boys are united early in the film although they start out as characters with no real association: Moe as a fight manager, Curly as a waiter and Larry as a violinist. The seamless blending of these diverse characters shows how well The Boys could integrate the acting and in this case,  the writing.

While the short has historic significance, the film gives us many memorable scenes, for example, The use of the song “Pop Goes The Weasel.” Not only is it Curly’s (K.O. Stradivarius) purpose for transforming into a fighting machine but we all cheer when Larry saves the day after his violin is broken and he must find an alternate source for the song. Driving a truck with a radio mounted on it through the wall of the boxing arena, Larry, and The Three Stooges triumph. 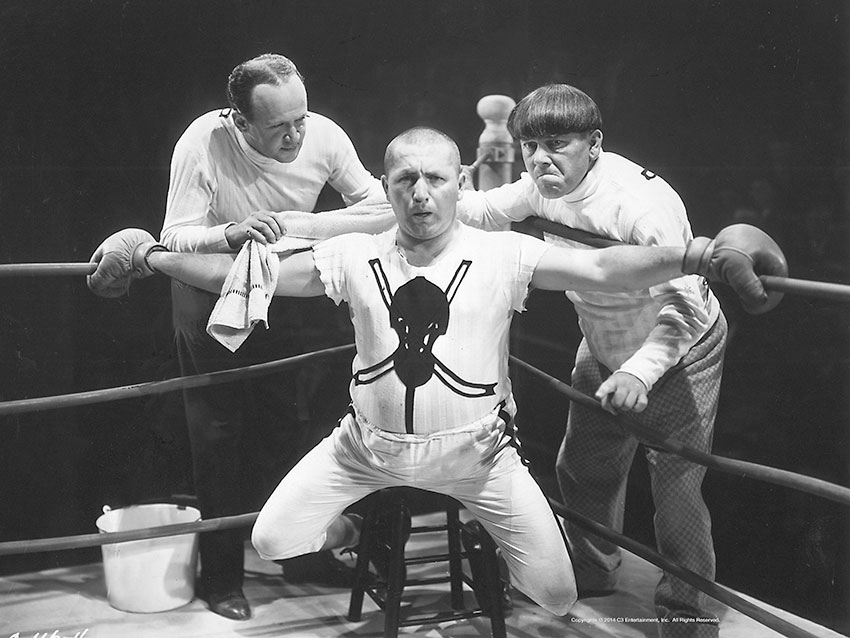 Short Take: This short is a sequel to the prior year’s You Nazty Spy. Here The Boys continue their satire of Hitler and his henchmen and many of the references in this short relate to real world war and political activities of the prior months. Although the slapstick and verbal repartee is not as thickly packed as the previous year’s You Nazty Spy!, this virtual sequel is the most daring and globally significant of any Stooge film. Its humor is delivered in a package bordering gas close to genuine political satire as Germany to Poloan or Mornonica to Pushover, for it satirizes specifically the developments of the previous months.

There are also some allegorical elements in this short: Hitler trying to be like Napoleon – who moves around in the painting on the wall – and at the end with the shattering of the globe – representing the world Hailstone (Hitler) wants to possess – he utters “you shattered my world.”

This is not trivial: Larry, Moe & Curly are portraying evil characters as our some of their cohorts. So the pointed barbs start right in the film’s opening credit sequence that has this statement: “The characters in this picture are all fictitious. Anyone resembling them is better off dead.”

In this clip, diplomacy goes out the window and the summit literally turns into a fight for the world! 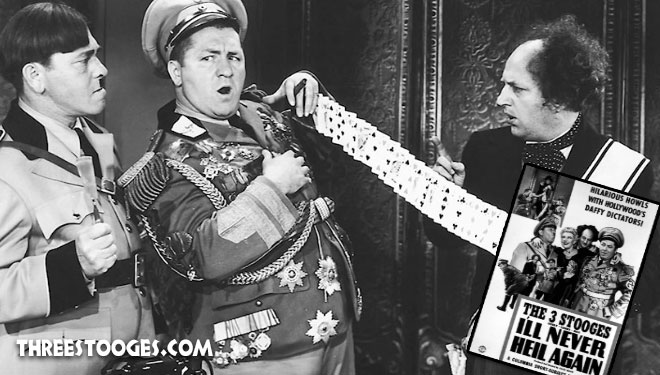 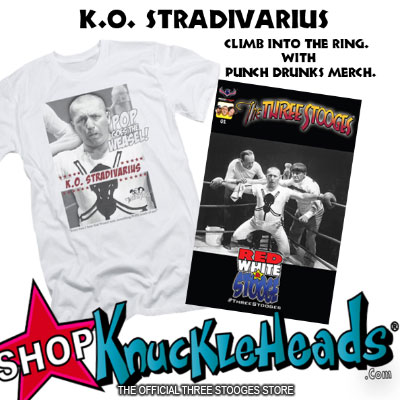