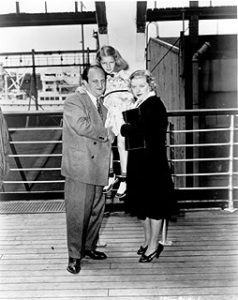 Larry with Mabel and their daughter Phyllis. 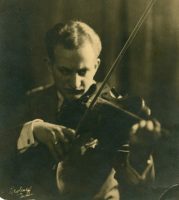 Larry Fine was an accomplished violinist.

Larry Fine was born in Philadelphia on October 5, 1902. He began his career in vaudeville and his act included playing the violin. Larry met his wife Mabel while both were performing in vaudeville as Mabel performed with her sister Loretta as the Haney Sisters. They often performed at the same venues at the same time on the various vaudeville circuits. That’s how he also knew Ted Healy and Moe and Shemp and eventually joined Moe and Shemp working with Ted Healy. Yes, it is true that Healy would pay him an extra $10.00 a week if he ditched the violin. Larry was an accomplished violinist. He began playing as part of his therapy in recovering from a childhood accident from chemical burns received at his father’s jewelry store. He also was a good piano player and he would play both instruments in several Three Stooges shorts.

IN THIS CORNER KID ROTH While it was Curly and Shemp who stepped into the boxing ring in the shorts it was Larry that actually boxed professionally under the name Kid Roth. His parents did not like the idea of him pursuing a boxing career so he quit the ring. 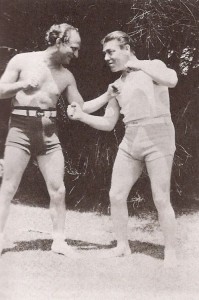 OUCH! Slapstick comedy, by definition, involves, well, Slapstick! The Three Stooges were the absolute masters of this comedic art form and their work has been emulated, imitated and inspirational to generations of comedians. Of course, along the way, there were the occasional dings, bumps, and bruises; like when Moe broke his ribs while filming but finished the scene before getting medical attention. Larry got some lumps, too.The fountain pen pictured here actually did stick in his head. He broke a finger in their first Columbia short, Woman Haters, and was knocked unconscious during the filming of the chariot race in The Three Stooges Meet Hercules feature film. Here is what did not happen: Larry did not suffer brain damage from all of the slapping. His face was neither callused nor numb from the slapping. When you think about it, he, along with the rest of The Boys, performed from the 1920’s to 1970 and performed laborious physical comedy with many pratfalls, slaps, bonks, and pokes. However, the number of injuries sustained collectively over that period of time was remarkably few for the size of their body of work.

A SOLE SOLO Larry played in the film Stage Mother as a solo. That was his one and only feature film appearance without any of the other members of The Three Stooges. 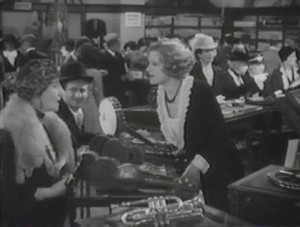 THE FIRST OF MANY All of The Boys had many memorable lines, like Larry’s “Where’s your dignity?” and “I’ll do it when I’m ready,” usually followed by a slap from Moe and then Larry saying “I’m ready!” Larry does have the first solo line from the Colombia shorts when in the beginning of Woman Haters he says “Fellas, I’ll have to quit that club I joined last week.”

HAPPY BIRTHDAY Happy Birthday and thank you, Larry, for all the years of laughter. 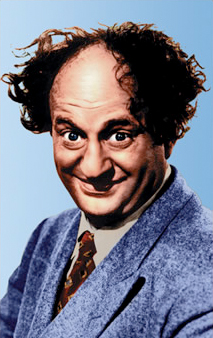 SPECIAL BIRTHDAY OFFER FROM SHOPKNUCKLEHEADS.COM ShopKnuckleheads.com is giving YOU a present! Through October 9, 2016, you can take 10% OFF your entire order. Use LARRY10 at checkout.