On Tuesday, October 22, Three Stooges fans were treated to an exclusive live Facebook stream in honor of Curly’s 116th birthday at the office of C3 Entertainment in Glendale, California.  We had the pleasure of hosting Brad Server, Curly’s youngest grandson along with members of The Three Stooges stage show.  Below are some of the behind-the-scenes photos from the event, along with a video as the team first arrive at offices.  Watch the full replay of the Facebook stream here. 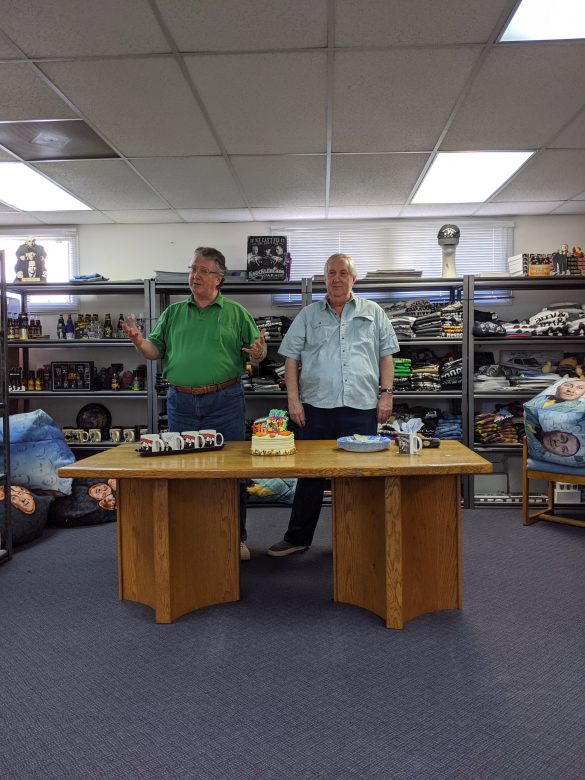 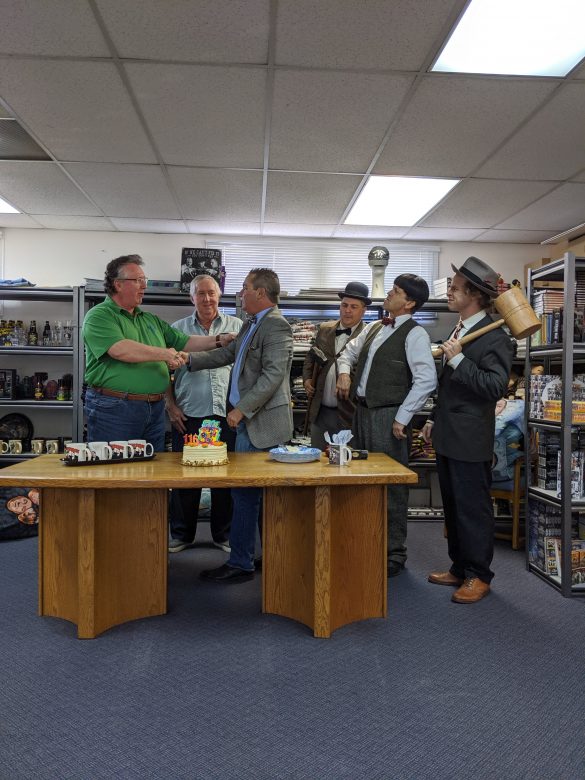 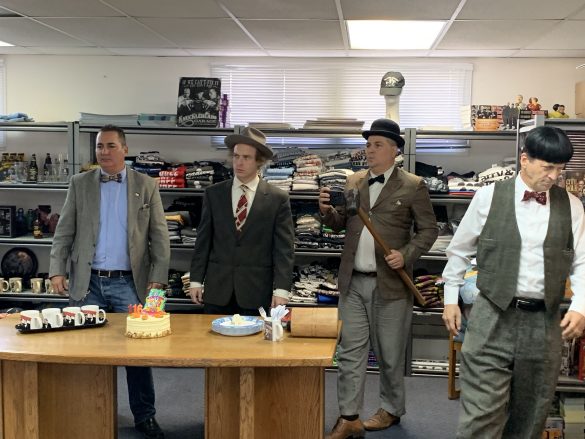 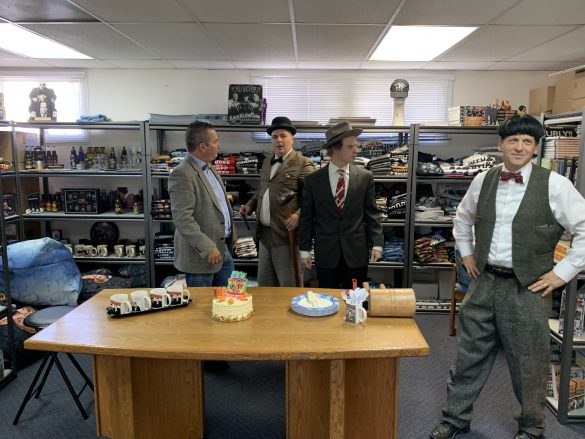