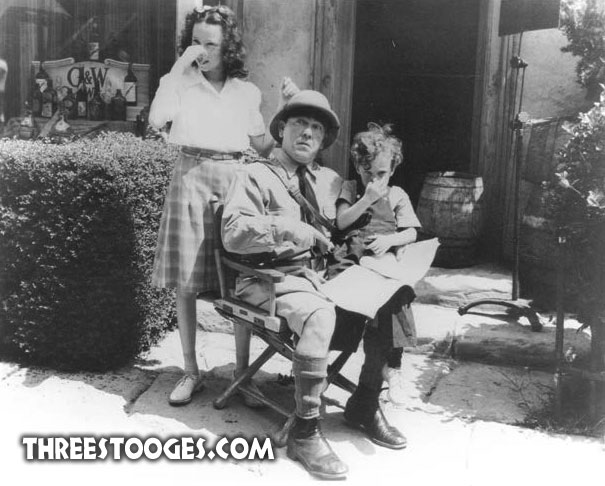 Joan Howard Mauer Shares Memories of Her Father on His Birthday

Can you imagine Moe without the mayhem – Moe putting pen to paper rather than fingers into Curly’s eyes, writing down loving thoughts instead of growling, “I’LL MOIDA YA”? Yet that was exactly what he did to stay a part of our family while spending lonely nights in strange hotels “on the road,” thousands of miles away from everything that was most meaningful to him. 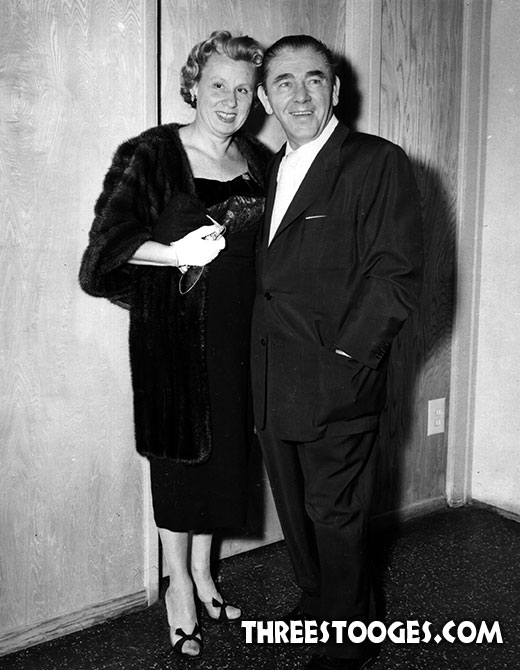 Moe and his wife Helen

Moe, in his autobiography – although painting a very compelling picture of his life as a comedian onstage, in films, and on television – failed to include important details of his softer side: the romantic, who, while in London, hired a singer to serenade his wife five thousand miles away on their anniversary; the selfless man who played Santa to cerebral-palsied children.

In addition to his love, Moe had the drive to share his good luck with others. His poem “My Wish,” written to my mother in the 1920s, is a perfect example of the lesser known side of my father.

The talents which the Lord gave me,

Not great or many are

But what he gave I know I’ll save,

By spreading them afar.

And should great riches come to me,

At some bright future hour,

My fortune and my power.

I could not be a happy man,

Nor have a peaceful soul,

Should I retain each thing I gain,

Within my small control.

If fame a distant happy goal,

Should ever be my fate,

The golden crown would bear me down,

My wish is ever to divide,

The good things that I gain,

Could I not give, I would not live,

I could not stand the pain.

If I should have a king’s great power,

I’d give you most, no idle boast,

Of everything I own.

Good health has blessed me all my life,

So conscious of that gift,

I’ll use that strength throughout life’s length,

My sweetheart’s cares to lift.

Read more about Moe Howard and watch a tribute video.

A Special Message From The Boys