Moe, Larry and Curly are three out-of-work tramps who are hired to promote a university football team. They’re soon mistaken for the school’s famous star athletes, “The Three Horsemen.” As the star athletes, The Stooges are hired by a gangster to secretly play on his professional team, but of course, the boys know nothing about football and bring their own set of skills to the game. 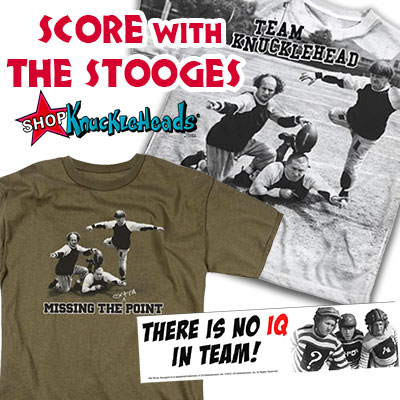